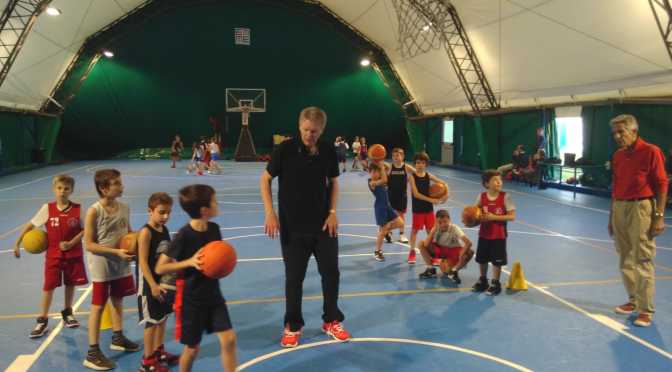 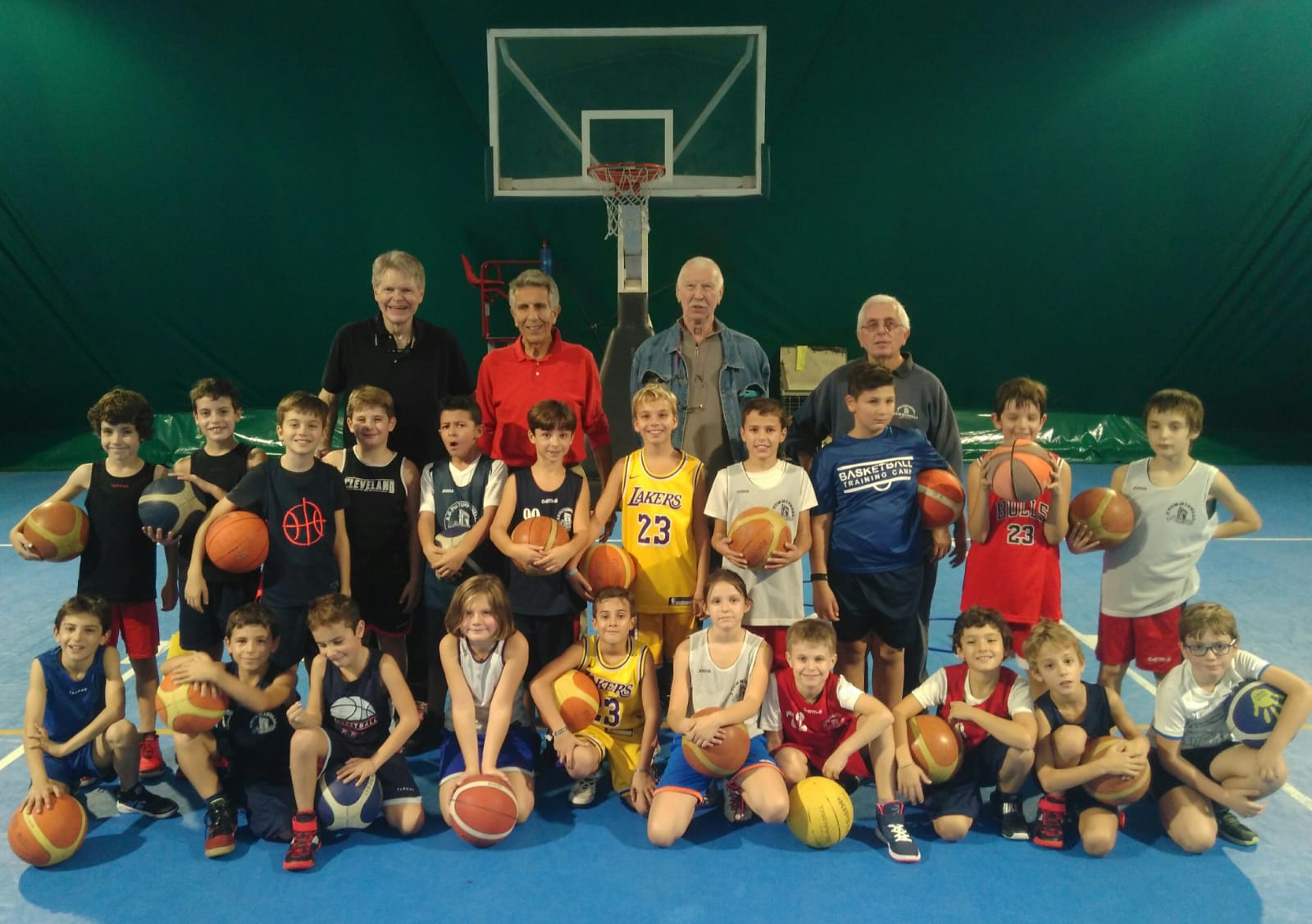 It’s always a thrill for me to speak to the children at Tumminelli about fundamentals on the court, and more importantly about lessons of sacrifice, team-work, positive attitude and respect for the game and coaches who act “in loco parentis” outside the lines (off the court) … and the debt of gratitude that they owe their best friends, i.e. their parents.  These children are the center of the world for their parents, and I reminded that that is why they are really their best friends, and why they should “say or demonstrate a daily” THANK YOU in some form to their parents.
Later, an older boy came in with 3-other teammates from the court next door where the older boys where practicing, and asked if I remembered him from 3-years ago when I spoke to his group.  I said “Yes,” but that he had grown so much and so well.  After searching for over 2 minutes on his i-phone, he produced the picture we had taken together … and we then took several pictures together … what fun for me … and to know that it meant a lot to him!
What a pleasure to be with the great Giando ONGARO … a true legend in my book, on-and-off-the-court, and then to be joined by Dr. Papo (former teammate Giorgio Papetti), and by former-teammate Mauro Cerioni and at dinner by Paolo Bianchi! LIFE WAS AND STILL IS GOOD!!!
I was sorry that my schedule did not allow me to return on Tuesday evening to see “Mickey’s (Ceschia-Colnago) Mouses”, the youngest group … they are precious and she is wonderful with them … BRAVA, MICKEY!!! (ndr Art si riferisce al gruppo Minibasket Malaspina).
Just one of so many thrilling and rewarding experiences during my trip!
More to come!
Arturo 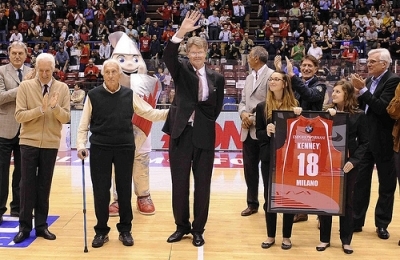